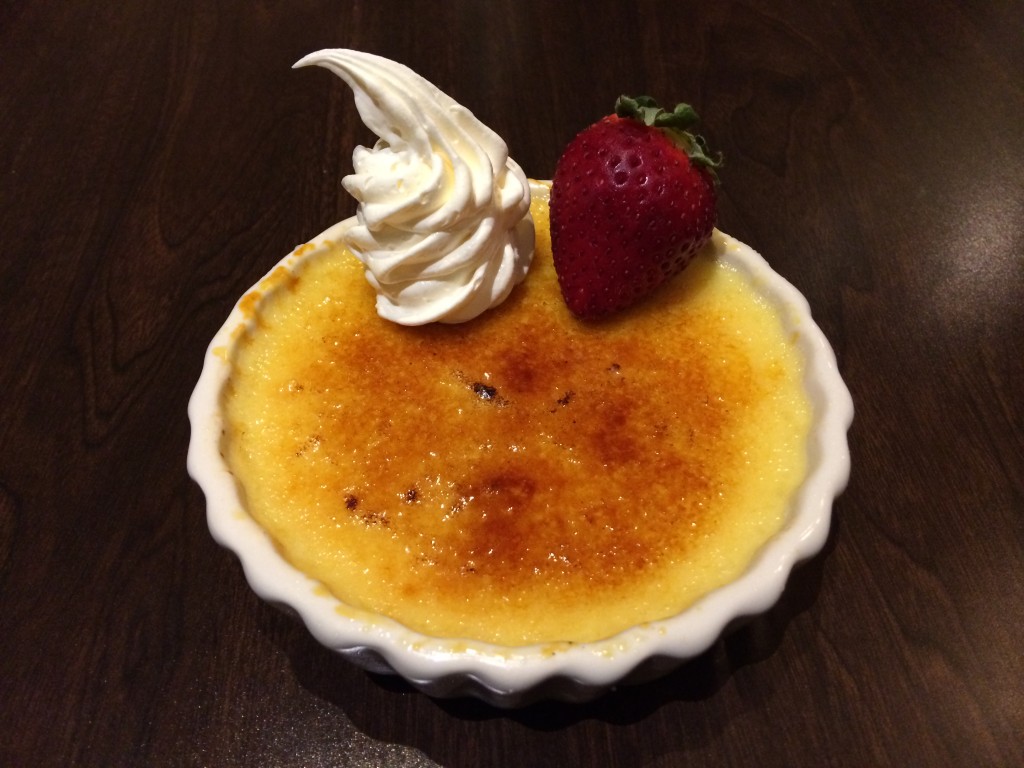 I’m a bit of fan of Hilton Hotels.  It’s something to do with their attempt to be a home from home when travelling on business.  I’ve stayed in this particular hotel more than any other anywhere else in the world, and I like it.  It’s not the most modern; it’s not in the best location for socialising in downtown Raleigh; the pool is a bit small BUT the staff are genuinely friendly and they try really hard to fix the little things.  I’ll give you example.  Coffee should always be drunk with brown sugar but this is often quite tricky in the USA for reasons I don’t fully understand.  So I mention this point in passing to restaurant manager on one stay.  Four months later I return for a another stay and when picking up my morning Starbucks, he rushes over to tell me he’s put brown sugar on the mandated order list for hotel without prompting…!  Hotels really are defined by their staff – fantastic!

So what about the brûlée?  Well, after suffering through a burned tomato sauce wrapped around some penne pasta and BBQ chicken, to try and recover, the hotel restaurant offered up their interpretation of the classic.  It was presented in a small four inch bowl with a nice depth of custard, perhaps half a teaspoon, and was dressed with a single strawberry a dash of cream.  Despite this being a very tasty recovery from the main course, the sugar coating was granulated, the custard was overly sweet, was slightly curdled rather than being smooth, the cream turned out to be aerosol and the strawberry was very slightly old.   5/10.